Some days I want to stay inside the house, inside myself, like Emily Dickinson.  It’s all too fuzzy to bring out into the light.

How dreary – to be – Somebody!
How public – like a Frog –
To Tell one’s name – the livelong June –
To an admiring Bog!

But somehow tucked away inside that 1860’s Massachusetts home she dared the gap between herself and her paper.

Sparking from the paper to the world, was for her, too wide a gap, and I can quite see why – who wants to be vulnerable all the time, blabbing on about those soft spots inside, otherwise armored by friendly greetings and intellectual points?

Other writers have insisted on writing towards vulnerability and real emotion. Can I?

Well, Frustrated, I can write.  Angry, Learning, Empathy: I can share.  Seeing something new and amazed at the view, count me in.

But this whole depressive thing, hmmm, maybe not.  It’s like writing about nothing, and unless I’m Jerry Seinfeld, I don’t think these days would make a great script.  Who wants to know that some days my fingers feel too heavy to type a single word?  Where could I find the energy to write about having no energy, when even the TV remote feels too far away to pickup?

It’s as if a writer’s heart lives in their fingers.

And some days the fingers ache for no apparent reason. 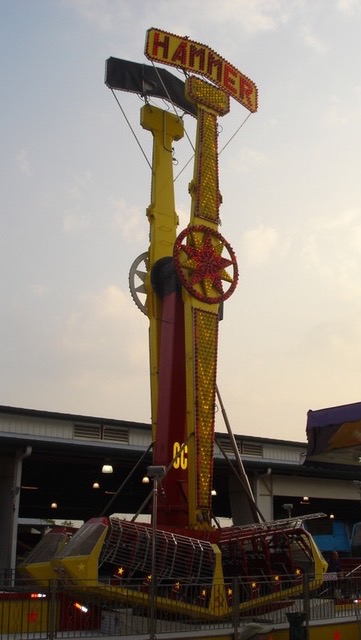 It seems last year’s creativity energy has found its counter-balance.  Like one of those hammer rides at the fair, I slid downward from the caged end and now cling to the weighted barbell’s bottom.

My day job has become drearily dull – Webster’s definition of drab – and I’m spending a lot of energy imagining how to change that.  I watch people making a point in work meetings, and, in a slow motion internal blur, think, “How do you have energy to say all that?!”  Going out after work these days takes discipline; maybe I should be less “disciplined” and stop doing so much.

I’m told readers want to see what is real, to see the emotions inside the writer.  Anne Lamotte says,

“…if something inside of you is real, we will probably find it interesting, and it will probably be universal.  So you must risk placing real emotion at the center of your work.  Write straight into the emotional center of things.  Write toward vulnerability.  Risk being unliked.  Tell the truth as you understand it.  If you’re a writer you have a moral obligation to do this.  And it is a revolutionary act –truth is always subversive.”

I lifted Lamotte’s quote from Nancy Rust’s post Lessons from Glinda, about feeling insecure and the challenge of writing about it.  And the thing is, I loved this post.  Of all her great writing – and there’s a lot – I never thought this would be the one to lift me out, but it tells me I’m not alone.

Do I want to feel better than others, or to feel connected? …

Those words found Matthias Roberts, writing himself into a rainy Seattle day.   Haunted by those questions into honesty,  he goes on to say, “Sometimes all we can do is speak messages to ourselves of isolation: ‘I don’t need them, it doesn’t matter what they think, I will show them.’”

And for writing encouragement, don’t even get me started on Kelly Corrigan, who rides the Writer’s Hammer in her depth-inducing book Tell Me More. She describes a perfunctory, post-funeral phone call that too quickly wrapped the pain into ship-shaped bundles: “We tidied what should not be tidied, because who can sit with all that awfulness unspooled around them?”

Readers – or let’s just call them humans – don’t want to be alone.  The steely, distant WWII approach to motivational speeches doesn’t resonate as it once did.  So why can’t I convince my aching hands that people don’t want a “clever insight” as much as “:sigh: me too.”

I’ve been consistently encouraged that the best writing is honest writing.  Even if (gulp) it doesn’t tie up with a hopeful rainbow at the end.

I’ve lately felt blocked in writing about “real topics,” – waiting for the depression to end so I could say something brilliant.  So I could get back to the topics.  But what if melancholy is the topic. What if my body and my brain aren’t as disconnected as I imagined, and the only way to insight is through writing into the blah days.

Instead of waiting for the hammer ride to end so I can stand on firm ground – instead: learning to stay on board during the lows so I can see that view from the top when it all spins around again.

Roberts wraps up his To Who We Will Become with, “Here’s to us who are holding worlds together with aching fingers.” If I could remove just one little ‘L” from the world, it could serve as a thank you to the writers who met me this morning:

“Here’s to us who are holding words together with aching fingers.”

You might also like my post Helpless is the distance of a dozen miles between me and the disaster about how it felt to be so near the Montecito mudslides.

4 Replies to “The Writer’s Hammer”