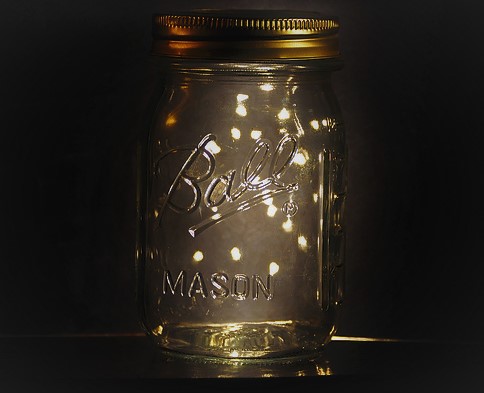 Catches me in the front row

Lighting up a note, now here, now there

And right in front of God and everyone

Your fireflies squeeze fire from my eyes

I want to hide

Fake a cough to wipe my cheeks

I close my eyes and now we’re alone –

The song and I

Walking through our memories

The magical trip where I first heard you

Under the speakers of a tweedy toy store in SoHo

“Just browsing – but do you know this band?”

And off they go –

And they grow.  Every summer the fireflies glow

I’m helplessly in love and I want time to slow

Soon homework is a rock in their backpacks

Weighing them down, making them old

And outside at the school’s final spring show

Buzzing in, unannounced, through the meadow

Streaming down my cheeks with the joy of now

And I’m hiding again – but why?

If music is supposed to make us cry

Then feeling is winning

And you’ve set me right

In the front row

Of the fireflies’ show 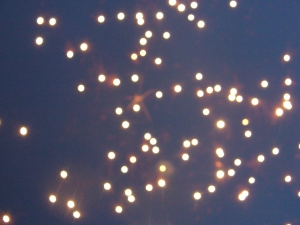 I wrote it a few days later, but I felt this poem sitting in the front row at church.  We’re not usually late¹, and the church is not usually full, but both happened in the same week.  :sigh:  All service, I felt like I was on display, in that inner circle of seats reserved for whatever Episcopals would call deacons².

The InterVals acapella group started singing – a dozen diverse faces singing with the kind of honesty reserved for performers who are people first.  Their song:  Fireflies by Owl City (suggested soundtrack for reading this post.  Go ahead, click it. )

Watery memories flashed into my eyes.

Like a Littmus Lozenge, the song’s sadness hides inside a twinkling tune.  It’s been with me over the years since I heard it over an NYC’s store’s loudspeaker and asked the owner about it. I bought the CD (gimme a break it was 2009) and for a day, I felt like I was the only person who knew of it.

From there it’s stuck with me, including the three distinct moments captured in the poem. I guess there is now a fourth.  And this, just after I’d heard the famous Brene´ assert on her Netflix special that while we all want to be courageous, no one wants to be vulnerable.

And now I’m in the front row at church trying to hide my tears. Why?

If we want to avoid feeling, we should just have someone read the lyrics into a microphone while we all take notes.  But music is about something more.  It’s supposed to make us feel.  So tell me why, when I’m moved while listening to something that’s supposed to move me, should I feel embarrassed about that?

But I do.  And the next time I do, I’ll try to recall this poem to cheer me on.  Perhaps in another world, all the unmoved stoics around me would be the ones second guessing themselves.

And if they ever need a flawed encourager, I’ll be in the front row, sitting with the deacons.

¹ “We are actually late most of the time.  ² Turns out Episcopals just call them, “Deacons”.

So pretty much, both of these footnotes could have been avoided.

2 Replies to “The Music of Fireflies”