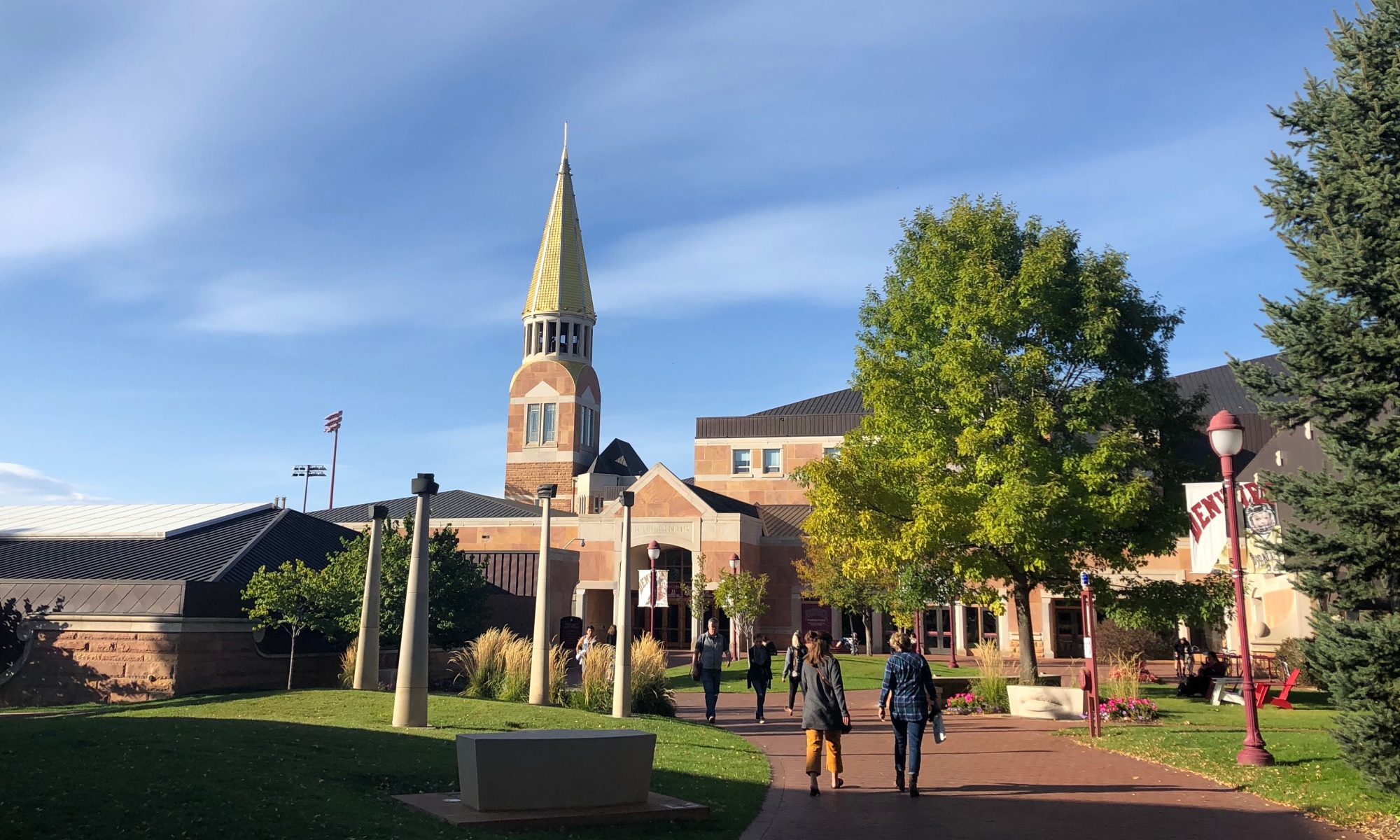 Your deconstruction is not just for you. — Jeff Chu

The Evolving Faith conference just ended: it’s the first trip in a long time where I don’t want to go back home.  Autumn in Denver was sunny and crisp, sure, but the geographical magic was in the soul.  I just don’t want to lose the feeling of honesty, depth, and healing work God is doing in there over these days.

Because the curators set the tone early and often that questions and doubts, wilderness and honesty, were welcome, my guard went on vacation and my heart was open to hear.  But with the healing water came a flood of challenge as well.

The Evolving Faith conference took seriously both of its titular words. A people on the move have to evolve, but they don’t hesitate to tap into the ancient Faith that was there all along.  And while plenty was different than other ‘Christian’ events – events whose baggage has become too heavy for me to make those trips – the surprise wasn’t that everything was different. It’s that underneath, the Goodness is still there.  This conference — this whole journey — is like moving into a new house and discovering your childhood home deep inside a closet door (Wardrobe and a lampost, anyone?).

The trip can be better when the baggage is stripped away, and Barbara Brown Taylor got right to it, imagining a faith lean enough to survive the wilderness.  By taking only what we need, and sharing what little we have, we begin to see the “sacramental possibilities from the tiniest piece of bread.”  Pete Enns saw Jesus saying to Nicodemus, “In our own tradition, there’s a depth you haven’t yet seen.” Many of speakers echoed this approach to faith in one way or another:  don’t look away – look deeper.

The bible was mentioned (and preached from) far more than I expected.  Sometimes it was a bit much, but sometimes it brought the characters to new life, especially when Tanya Marlow spoke – via remote video due to her debilitating illness –  about finding our stories of sorrow within its characters. (She later said, “My view of God is not God.”) Lisa Sharon Harper said the bible was a book written by brown colonized people and couldn’t be fully understood without that same perspective. Jasper Peters struggles with the “authority” of scripture since that authority has been so misused over time – for example to baptize Africans before shoving them onto a boat to cross the Atlantic.  “Authority comes down to who is in charge.”  Instead, he said, we should look for the Power in the bible, the power that helped his depressed Grandmother get out of bed on whichever days she was able.

There was an openness to the souls of others, others who might not fit into a box called Christianity.  A large part of our common deconstruction – and the lock-down conservative reaction – is that we’re learning to live in an age of religious pluralism.  In conversations like this we begin to see a way forward – and it’s one where each history is appreciated without homogenization. We had the freedom to take what we could, sing if we would, pray if we might.   Though the hymns were a bit overdone in my view, many people seemed to enjoy that – and the tension seems part of the journey.  Can we gather side by side, with differing styles and differing certainties ?

Whenever the conference addressed faith and beliefs, I found the balm of healing.  There was an extension of grace for wherever I am on the journey – somehow without anyone watering down the power of their own beliefs.  Whatever questions I had, whatever answers I have lost, it will be ok.  And the unsettling grief of unexpected narratives was present throughout, as Rachel Held Evans was remembered.  She co-birthed this event with Sarah Bessey (in only its second year, it jumped from hundreds to two thousand attendees).  When Evan’s husband stood to read some of her unfinished writing, we were moved.  But then he too talked about his agnostic leanings, which he had never before publicly discussed.  We shouldn’t confuse a cynic with a skeptic, he said: a skeptic can still have hope.  “Certainty” is a feeling, he said– after all you could be certain and still be wrong, or right; certainty itself was merely a feeling he has lost.

The overall way faith was discussed was grace washing over my soul, like a burbling waterfall smoothing and supporting the pebbles of my questions.

But the water of grace didn’t come alone.  Once it breached the walls, the pressure increased into a flood of challenges about things wrong in our worlds of faith. We heard from people of color, queer people, indigenous people and others about their experiences so far.  There’s many places to hear something easy.  But here I found a gift far rarer: honesty.

And I listened.  And I grieved.

“We flourish only when all of us flourish.”

A biblical prophet’s job is to call bullshit. Bullshit was called.

Each 3-speaker session culminated in a couch-on-stage conversation with those who spoke, moderated by Mama-Bear Sarah Bessey or the insightfully introverted Jeff Chu.  Where others might leave a hot potato to cool down, Chu baked in a little more, especially into issues of race and understanding.  What made the challenge beautiful was that next-to-nothing was directed to people outside the room.  It wasn’t a rant on “those people”.  Instead, white “progressive” Christians were called to own our whiteness – not to be ashamed of it! – but to remove it from the center of religion as we know it.  Several also lamented that our queer family is still outside the church, looking for a doorway in.

It was a gut-wrenching family meeting that requires a response.

And it was all within the context of story.  Human stories.  Protests have their place but Proximity breaks down prejudice, as Jennifer Knapp testified.  After the former CCM musician came out, person after person approached her with a harsh word only to melt into conversation as they came face to face.  She also told of playing music at her first and only show in a ‘lesbian bar’ (after getting over her long-instilled fear of “places like that”).  After her planned set, requests for her early Christian songs were shouted out to her.  Hesitant, she played them anyway, which blossomed into a full-throated sing-a-long.  Why would you turn this bar into a worship service? She wondered.  Because it was the only place they could.

Some of these things just don’t make sense anymore, and I found space at this conference for pockets inside me called anger.  In the midst of a talk which was ultimately about the power of thankfulness, BT Harmon shared some things he has felt anger about.  William Matthews said what he missed most in this country was peace, and he just wants to feel at home here again.  To which Dr. Chanequa Walker-Barnes replied – “I’ve never felt at home here”.  Her talk about being fit-less unraveled the question, “Who told you that you have to fit?”.  Being a square peg in a round hole – as she described her decades of loyalty to the church as an African-American woman – she was always shaving off parts of herself to fit.  Now, she’s embracing fit-lessness as she takes a break from formal Sunday services.

Part III – how Part I and II go together

I’ll be exploring this anger more – and why it lives side by side with healing.  Though I’m still unpacking it all, my first inclination is to write two distinct essays 1. the ‘healing of belonging’ and 2. ‘the hurtfulness of not belonging’.  But that separation wouldn’t reflect what’s actually happening.  One begets the other. Said differently, belonging isn’t belonging until everyone belongs. Our faith communities must reform to invite every story from the margins.

The fact is I’ve always belonged, only recently allowing my faith deconstruction to grow into full-on misfit status.  And that led me anew to others on the margins.  It turns out a whole lot of people have felt they didn’t belong for a very long time.  And I had to move away from the center of the narrative before I could realize how much it had revolved around me.

All that may be why the one phrase from this conference that woke up on my lips this morning was Jeffrey Chu’s: “Your deconstruction is not just for you.” If my puny doubts have made me question my belonging, then I find myself standing at the end of a long line of people who didn’t have a voice even when they were “sure”.  Their lack of belonging is one of the key elements leading to my doubt.

Which is a doubt of the system more than the source.

Because the more I’ve wandered from The Faith, the more I’ve found myself back where I started: staring Jesus in the face.  One of my of my religious legs must have been so broken that my two-legged sprint away from Christianity left a pattern of long-short-long-short footprints, circling me back to where it all started: the place of invitation.

To the place where Jesus invites any and all – can I say it again: Any and All – to come to his table.  I used to nod along as communion disclaimers tempered the invitation – “if you’ve come to know Christ” “if you’ve repented (changed from) your sins” “if you’re a visitor just watch” and suddenly it just doesn’t make sense anymore.  Judas and John took communion together at the last supper.  Mary was invited by Jesus to stay as she anointed his feet, while the pharisees added their disclaimers to “protect” the sacredness of that table. I’m surprised someone didn’t stand between the criminal’s cross and Jesus’ to explain that there would be certain requirements to actually see Jesus in paradise that very day.

When you see everyone get invited, it clears the sight-lines to the Table.  It gets the invitation list-makers out of the way, and that’s likely why I remembered that childhood invitation this past weekend.  It’s been a continuing conversation in my soul. Or perhaps conversion in my soul – converting my past into my future.  Laying burdens down and moving beyond them.

I’ll have more thoughts on the conference soon, but this will have to do for now.  It was restorative.  It was deep.  I cried a lot, and laughed a lot too.

One problematic question niggled me as the benediction was given:  Did I have to fly to Denver to experience this kind of ‘community’? I don’t think so.  My own undefined community sparks thankfulness, and I bragged of you there.

But it’s also great to know what’s possible, even as the system is called back to the source.

3 Replies to “Your Deconstruction is not just for you”