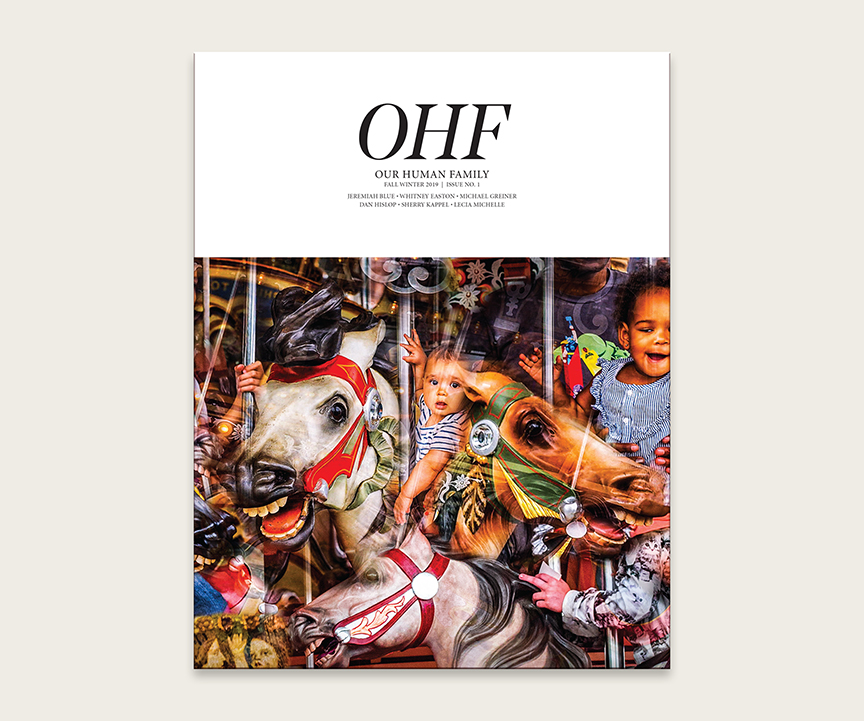 Today is the release of my first print publication.  Actual ink on paper, if you can imagine that.  In early October I answered a call for submissions to Our Human Family’s first print magazine, and was accepted with a work about what it’s like to finally see, and then challenge, the invisible circles that contain our childhood.  If you’ve read any part of weekendswell, the themes are nothing new.  I’m just rearranging the words again to make sense of where I’ve been, so I can better figure out where I’m going.  (You can read more about the publication at medium.com/our-human-family.)

What was unique for me was the heavy editing process.  I’ve worked with another editor or two for online Medium publications, but those were light changes and later changeable.  This was much more in depth, and more permanent.  I’ve written before about daring yourself to write AND publish, even when it’s not yet perfect.  Well, that’s brave.  But not that brave, when you can go back the next day and change anything you want!  Writing something in print — even if in limited run that very few people will read — feels so permanent.  What if something comes out wrong? What if I look bad? What if I offend someone?  What if I later come to think differently but this thing is already out there?

Just look at those writer’s worries:  are they different from life itself? The daily decisions we make and live have all the potential of paper permanence.  We all remember a single harsh word from a parent or teacher or adult that we still carry with us.  We don’t want to issue those same harsh words,  but we must still speak. Even so, I live in the abundance of a life given to me by those same parents and teachers and adults.  If there’s a dent in the armor, it’s still armor I am wearing.  So I take the risk of record and speak into a world that is recording every word. 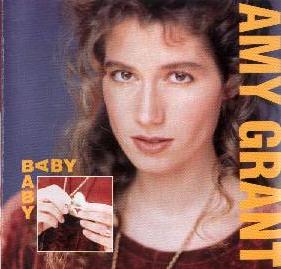 But what about letting someone else edit your history?  After all, this publication contains some very personal stories.  I admitted to spending most of my life in an Us versus Them mindset.  I confessed to not understanding the racism in me until I saw what was a luxury it was to be ignorant about race.  I wrote about growing up at a church camp so conservative that it banned all recorded music after Amy Grant’s crossover album confused the definition of its Christian-music-only policy.

Baby, Baby, I’m so glad you’re mine
And ever since the day you put my heart in motion
Baby I realize that there’s just no getting over you

(She wrote that for her 6-week old baby but the lyrics clearly weren’t Christian enough, and I’ve been recovering ever since from that summer without music.)

So I wrote about it all for this publication, and someone else edited the work.

I let someone edit a story about my life, but would I let them edit my life?

My writing: yes.  We went back and forth, sentence by sentence.  It’s such a joy when someone takes detailed interest in your work.  And he made it far better.  I tend to take metaphors too far, and the editor reeled me back.  He also fixed perception problems: “I don’t think you mean this.”  I didn’t, thank you.  He made my work better, more clear, and put me in print.  He also set me on the stage with 5 other authors whose work I admire, people who are more woke than me, alongside 5 essays I can’t wait to read.

I wonder how their editing process went.  Did they also change some of their favorite sentences to serve the overall flow? Did they sacrifice cleverness for clarity?  Of course I want to be clear, but sometimes crazy word pictures are the most memorable part of writing.  Donald Miller says we should live our life so that it reads like a good story, punctuating days of prose with wild jumps off the pier, splashing into the cold water below with park rangers closing in. Because that’s what we remember.

So I felt ambivalent about some of the undulating tangents being flattened out for a smoother ride.  I can’t help but feel I sacrificed a little of my way to ride on a bigger highway.

But again, I think about life itself.  We can edit stories about our life, but is there value in editing our life for our life’s “readers”?

An argument can be made for and against it.

Many people have spent too much time living an edited life, flattened and smoothed to the pleasure of the audience.  I’m letting that go. There is a new social pressure to be yourself, and while its ironic to be peer pressured into individuality, it’s a good call.

However the compulsory conformity of prior generations wasn’t a complete catastrophe.  Was it overdone?  Of course.  But a few edits can allow us to get along with each other.  After all, “authentic” self might leave dishes in the sink for a week, but my relational self could stand to clean them every few days.

Time with young adults reminds me of the struggle to be authentic.  The scenic country road to Authenticity can be quite lonely.

I see a struggle to know our inner self, but in many ways that self cannot be defined in any other context than the culture around us. Who would I be on an island?  To best express myself, how would I cut my hair, what would I wear, what would be my brand, if no one was around?

And sometimes it works in reverse:  we define ourselves by who we are not:  I am not the person I used to be, I’m not that kind of Christian, I’m not as uptight as that person.

In fact this is mostly what I wrote the now-published submission about:  starting life inside a circle in which I no longer live.  We’re all made up of a complex venn diagram of identities – racial, geographical, religious to name a few.  And then the edges of the circle get smudged.  The editor and I had much discussion about whether I now lived outside those circles or on the edge of them, with a view both inward and outward.

I’ll have to re-read the essay to remember where we landed.  Will re-reading the piece also define who I am?  Not really, and that finally took the edge off the revisions when I acknowledged the difference between my actual history, and the one that could be captured in 2000 words.  One was going to be solved that week, and the other will be in constant revision.

I’m looking for that edge between originality and art that speaks to universal human experience.  I’m not entirely comfortable with editing, but not absolutely almagamated with my work either. What I produce today can’t completely capture who I was yesterday.

But where I go tomorrow will be nowhere, if I don’t express myself today.

A limited run of the OHF Magazine, Issue 1, is available for purchase starting Monday, December 2nd. “Issue 1 is a thirty-six-page stylish journal focusing on unity across differences and packed with compelling stories and stunning visuals to connect with our readers on more tangible level. A limited number of issues are available, so access your copy now.”

4 Replies to “Editing your history”